The gods of the particles

The Higgs bit we know. But the boson? Western science is overlooking India's contribution to the discovery 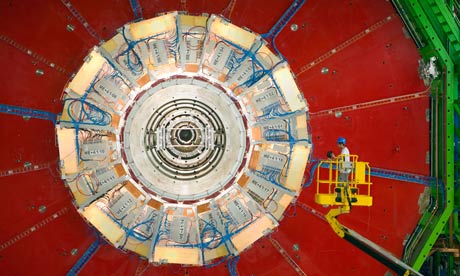 Satyendra Nath Bose (‘bosun') realised in 1924 the method used to analyse work on the thermal behaviour of gases was inadequate'. Photo: National Geographic/Alamy
With tomorrow's announcement of the latest findings in the search for the Higgs boson, the elusive particle is on everyone's mind. This kind of fame is relatively rare, even for important scientific discoveries; but the Higgs boson has been called, or miscalled, the God particle, enabling it to pass into the realm of popular scientific lore, like the discovery of the smallpox vaccine, the structure of DNA, or the theory of relativity.

It would be difficult for most people to understand its significance, just as it would be to comprehend the notion of relativity, but such problems are overcome by locating science in personalities as well as cultural and national traditions. The first thing that you and I know about the Higgs boson is that it's named after Peter Higgs, a physicist at Edinburgh University who made the discovery – although the original insight, in one of those recurrent back stories of science, was Philip Anderson's.

Still, we have Higgs, and Edinburgh, and western civilisation to fall back on. The rest – "the Higgs boson is a hypothetical elementary particle predicted by the Standard Model of particle physics. It belongs to a class of particles known as bosons ..." – we needn't worry too much about. But maybe we should worry just enough to ask, "What is a boson?", since the word tends to come up as soon as Higgs does. Is it, an ignoramus such myself would ask, akin to an atom or a molecule? It is, in fact, along with the fermion (named after Enrico Fermi), one of the two fundamental classes of subatomic particles.

The word must surely have some European, perhaps German, genealogy? In fact, "boson" is derived from Satyendra Nath Bose, an Indian physicist from Kolkata who, in 1924, realised that the statistical method used to analyse most 19th-century work on the thermal behaviour of gases was inadequate. He first sent off a paper on the quantum statistics that he perfected in Dhaka to a British journal, which turned it down. He then sent it to Albert Einstein, who immediately grasped its immense importance, translated the paper, and published it in a German journal. (And so our invented German provenance turns out to be not wholly inappropriate.) Bose's innovation came to be known as the Bose-Einstein statistics, and became a basis of quantum mechanics. Einstein saw that it had profound implications for physics; that it had opened the way for this subatomic particle, which he named, after his Indian collaborator, "boson". Few physicists would disagree with the suggestion that the Bose-Einstein statistics have had much wider consequences for physics than the Higgs boson has had.

Still, science and the west are largely synonymous and coeval: they are two words that have the same far-reaching meaning. Just as Van Gogh and Toulouse-Lautrec's paintings consume and digest the Japanese prints they were responding to so that we don't need to be aware of Japanese prints when viewing the post-impressionists, western science is pristine, and bears no mark of what's outside itself.

The last Indian scientific discovery that is fairly universally acknowledged is the zero. As Carol Vorderman has pointed out, Indians are very strong at maths, and the only modern Indian who's remotely part of the popular western mythology of science isSrinivasa Ramanujan, equally well known for his Hindu idiosyncrasies and his agonised stay in Cambridge as he is for his mathematical genius.

Indians can be excellent geeks, as demonstrated by the tongue-tied astrophysicist Raj Koothrappalli in the US sitcom Big Bang Theory; but the Nobel prize can only be aspired to by Sheldon Cooper, the super-geek and genius in the series, for whom Raj's country of origin is a diverting enigma, and miles away from the popular myth of science on which – along with solid scientific background research – Big Bang Theory is dependent.

Bose didn't get the Nobel prize; nor did his contemporary and namesake, J C Bose, whose contribution to radio waves and the fashioning of the wireless predates Marconi's. The only Indian scientist to get a Nobel prize is the physicist C V Raman, for his work on light at Kolkata University, called the Raman effect. Other Indians have had to become Americans to get the award.

Conditions have always been inimical to science in India, from colonial times to the present day; and despite that, its contributions have occasionally been huge. Yet non-western science (an ugly label engendered by the exclusive nature of western popular imagination) is yet to find its Rosalind Franklin, its symbol of paradoxical success. Unlike Franklin, however, these scientists were never in a race that they lost; they simply came from another planet.